The RJ Productions started by "scaring" Las Vegas in 1999! That year there were over 18 haunted houses!  While most were either focusing on a "kiddie" haunt or were over the top gory, R&J decided to be different.

We do things the old fashioned way, we actually SCARE people!!  Does it work?? Well 17 years later we are one of the only surviving attractions from that first year and one of only a handful that still haunt Las Vegas!

The ASYLUM and HOTEL FEAR are now the largest and longest continuously operating haunted house in Las Vegas!

While it is a blast scaring the daylights out of people, Halloween and especially Haunted Houses has a limited audience. Some people are just too scared to even go in!! R&J Productions decided to embark on a new venture that would have a more family oriented broader base.

2013 saw the creation of PIRATE FEST a hands on; participatory; fully themed; pirate, steampunk and faerie based festival!

Pirates in the desert??? It's easy when you create an entire Legend that explains how the Pirates were cursed and have been deposited in the desert so as to "...never smell or taste salt air again!" 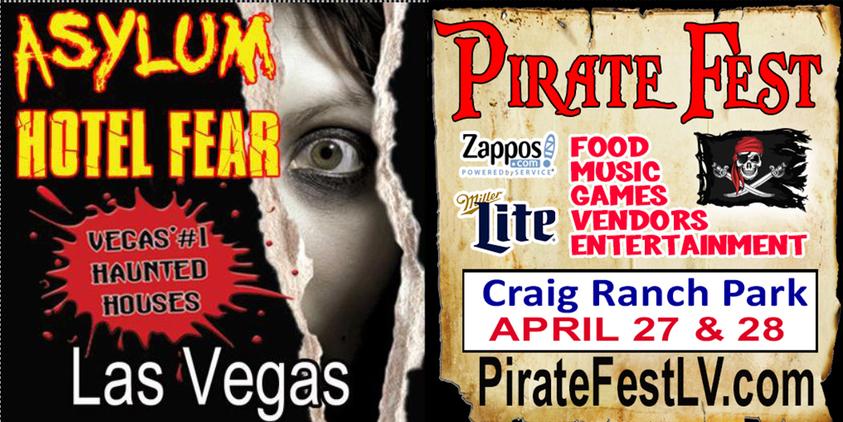